About the City of Maitland

The City of Maitland (population 18,500) is among Central Florida’s most attractive communities with a mix of scenic, tree-filled parks, friendly neighborhoods, an active arts and history community, a growing downtown center and one of the area’s top commerce centers.

Maitland, one of the oldest incorporated municipalities in Central Florida, is a city rich in history. The area was once called Fumecheliga (Musk Mellon Place) by the Seminole Indians before it was established as Fort Maitland in 1838 by the U.S. Army. The fort was named after captain William Seton Maitland, a hero of the Seminole Wars who, ironically, was never in this area, having died in a battle near Tampa. At that time, the only way of getting to Central Florida was by boat from Jacksonville down the St. Johns River to Fort Mellon (Sanford), then by horse or foot. Fort Maitland was a small fort built on the west shore of Lake Maitland as a rest stop between Fort Mellon and Fort Gatlin (Orlando). 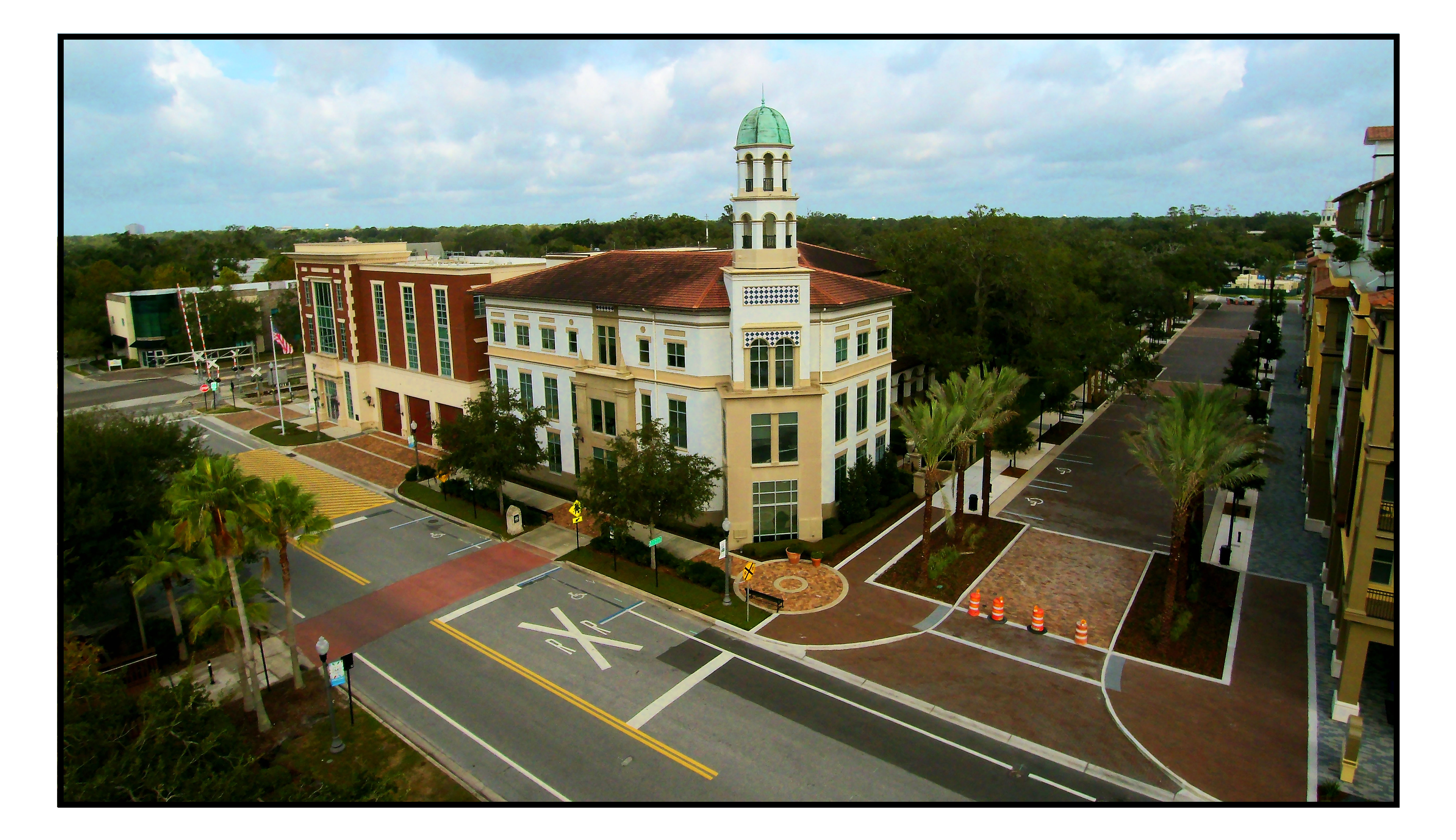 What is now Maitland Avenue was part of the Old Black Bear Trail which ran from Montreal, Canada to St. Petersburg, Florida, and passed by the fort.

When the Indian wars ceased and the fort had been torn down, people began settling in this area because of the natural spring water and extensive pine forests. At the close of the Civil War, settlers came buying large tracts of land, clearing them and planting citrus groves. The first deed for property in the city was written in 1873 to George H. Packwood who built a large hall for town meetings and social gatherings. Packwood Hall, since burned down, was located where City Hall now is. There was a large hotel, Park House, built between Park Lake and Lake Catherine, which became the winter resort for famous people of the time, including two presidents, Grover Cleveland and Chester Arthur.

By 1876 the orange trees were coming into production and difficulty in marketing the fruit caused Dr. Haskell, of the Boston Herald newspaper, to form a syndicate and construct a railroad from Jacksonville to Maitland. This was completed to Maitland in 1880 and for several years, Maitland had an ice factory, two livery stables, and besides the citrus groves, a large packing house in the center of town. As many as 300,000 boxes of fruit were to be shipped each season. The city was incorporated as the Town of Lake Maitland in 1885. After two years of devastating, tree killing freezes in 1894 and 1895, many of the grove owners were so financially affected that they left Florida. The town survived, however, and wealthy visitors kept coming to enjoy the climate. By 1926, Maitland had its largest year in citrus.

In the 1950’s the space age had the eyes of the nation on Central Florida. The Martin Marietta Corporation, as we know it today, moved from Baltimore to Orlando. Families were moved down in contingents of two or three hundred at a time. Due to its proximity to the plant, Maitland became a natural place for them to come. In 1959 a new city charter changed the name from Lake Maitland to Maitland.

In the 1960’s, Maitland Avenue and Orlando Avenue (U.S. Highway 17-92) came alive with building construction. Supermarkets opened, as did restaurants, service stations, condominiums, garden apartments and churches. Even though the nation was in a recession, the arrival of Disney World, in 1971, to the Orlando area, had a strong impact on the continuous growth of Maitland. New buildings were sorely needed and numerous older buildings were demolished, including those on the site of the new City Hall, Fire and Police Departments. This complex was completed in 1975.

The growth of the city continued to spiral during the 1970’s. Between 1972 and 1979, five branch banking establishments moved to Maitland, and twelve new residential subdivisions were developed. Late in the 1970’s, 226 acres of land were purchased by an Atlanta, Georgia firm and developed into Maitland Center west of Interstate 4. Maitland Center is within the city limits and continues to grow.

While growth continues, residents of the city are proud of the city’s past and actively pursue preservation of historical residences. A “historical corridor” has been established. This corridor encompasses old residences still standing and occupied in the Lake Lily-Lake Catherine area and extending through the Central portion of the city. Examples of these homes are: the Arthur O’Heir House (1885), Chadburne Hall or High Oaks (1890), the James Arch House (1885), the Robert L. Wagner House (1881) and the Hill-Stone House (1908). Also, the Florida Audubon Society was founded in Maitland and continues in its protection of wild birds on Lake Sybelia.

The City of Maitland has a history of strong residential identity, sustained by the beauty of the area and the diverse economy in the region. This history continues today, and the City will maintain and advance this tradition well into the future.